Map of the future

Cranes erected overnight, local landmarks erased and community replaced with exclusivity: Harrow Council’s plan for the redevelopment of Wealdstone couldn’t be further from that of their London neighbours.

Using a combination of print and AR, Harrow’s Map of the Future sets this radically different tone. Ignoring the shape and size and shininess of buildings, the moving 3D map reaches out to show a disinterested audience the real benefits of the changes to come – more people, business, fun and more life in an area that’s been chronically ignored.

Giant teapots, floating trainers, and the literal buzz of the place captured through playful sound design, combined with candid voiceover and intuitive, game-like navigation: the Map of the Future guides the resident, the developer, the whole building industry – into a world of what could be.

“I do think it’s good value for money. If you think of the number of boring, conventional column inches that people spend banging away at the same old same old about how you are going to regenerate an area. This map could be the difference between doing or not doing it, let alone saving money or not saving money.” 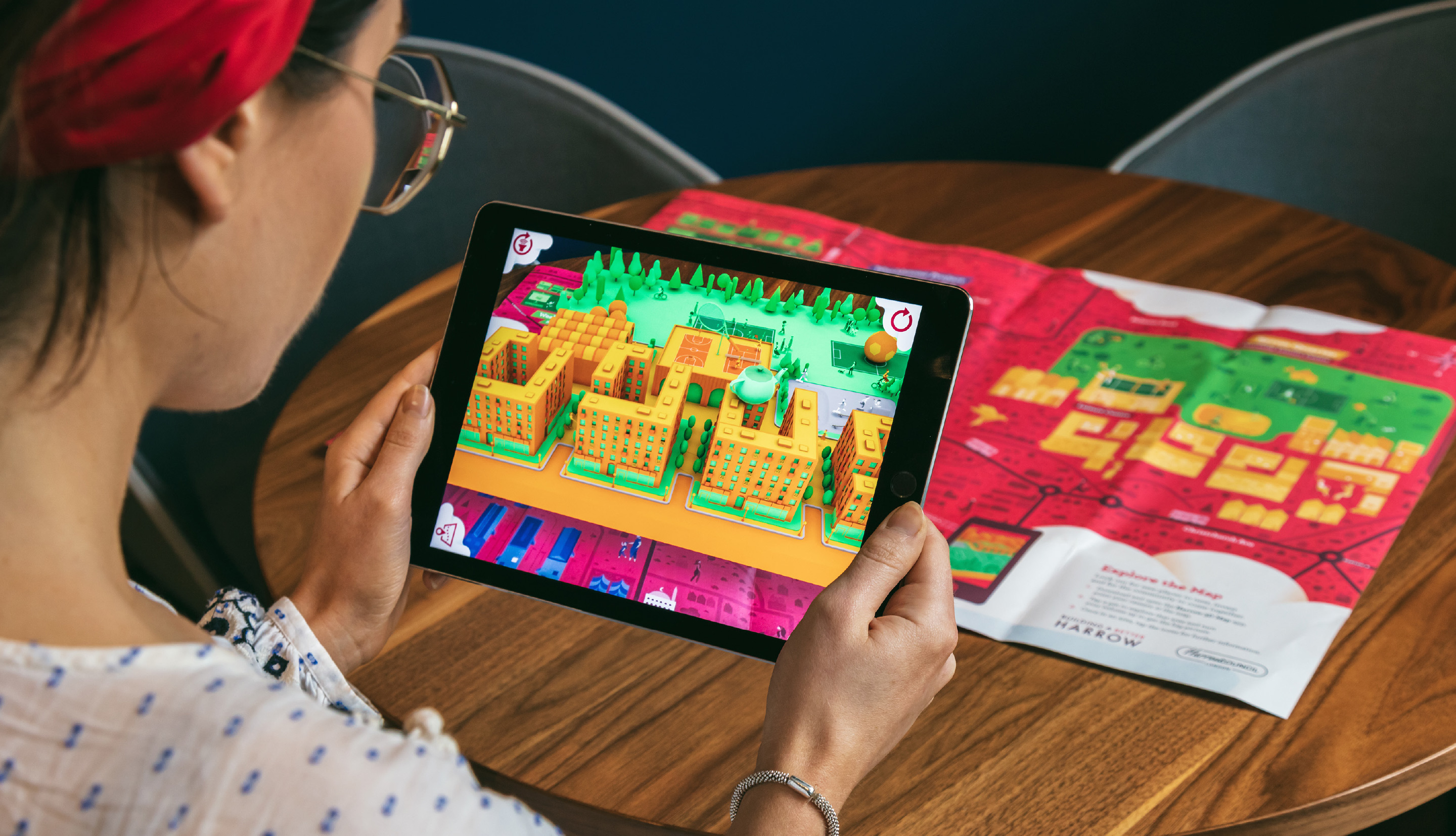 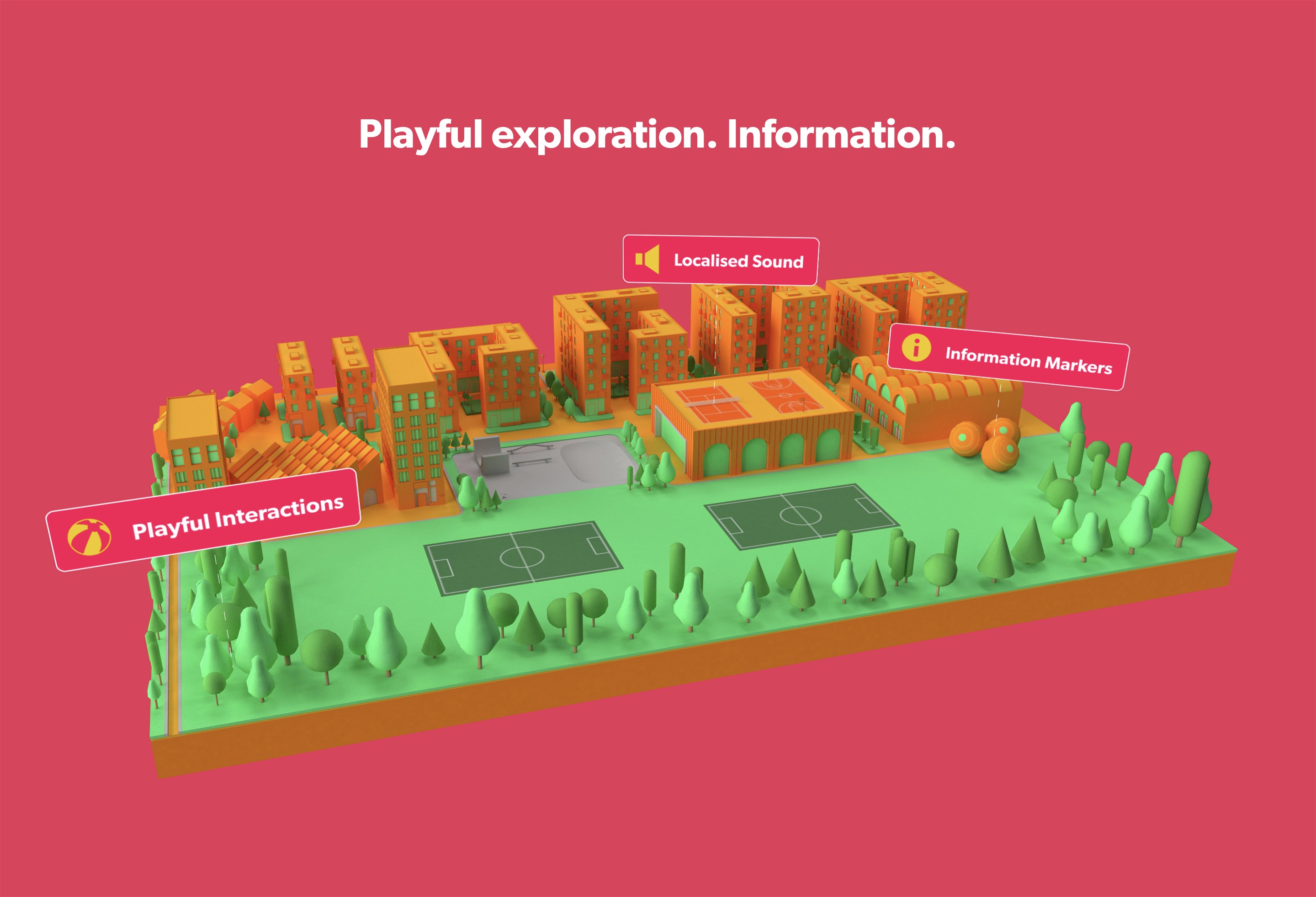 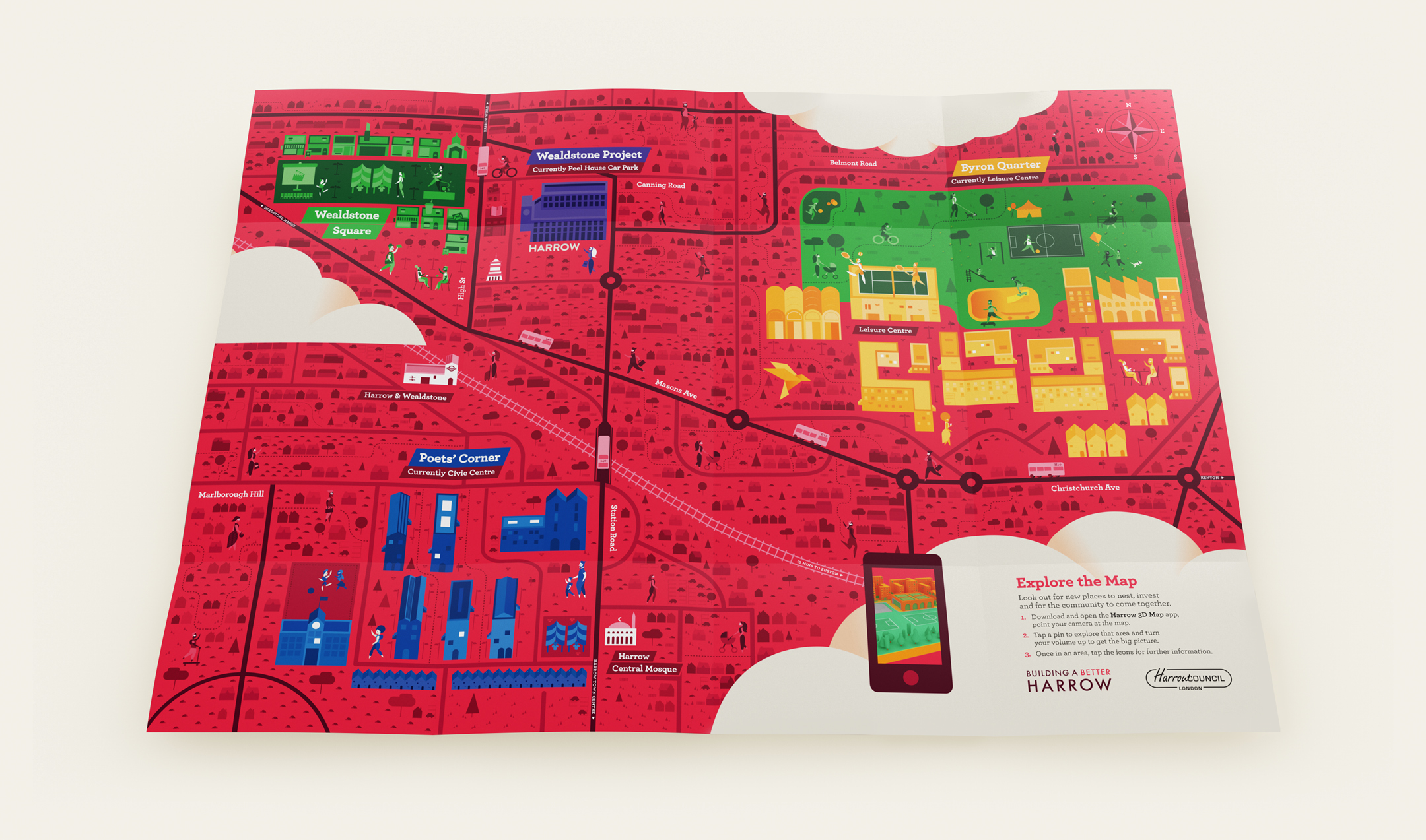